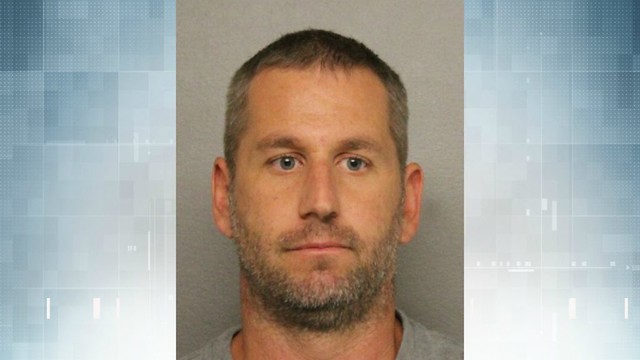 Police said on Aug. 1, 40-year-old Stephen Bradley Ewing was arrested on an outstanding warrant by Nanaimo RCMP and taken into custody. He has been formally charged with three counts of sexual assault causing bodily harm from incidents that allegedly happened between March and October 2018.

Ewing appeared in Nanaimo Provincial Court the same day and was released on a recognizance with a $50,000, and a number of conditions. His next court date is set for Sept. 10, 2019.

According to police, the alleged incidents involved several female sex trade workers from the Nanaimo area.

“We strongly believe there are people in our community and possibly throughout central Vancouver Island, that may have information which will further this investigation. For that reason, we are releasing a picture of the accused in hope that it will lead to further tips,” Const. Gary O’Brien, media relations officer with Nanaimo RCMP, said ina statement.

Anyone with information on the alleged sexual assaults or other unreported incidents is asked to call Const. Mike Baylin with the Nanaimo RCMP at 250-754-2345. Anyone who wants to remain anonymous can call Crime Stoppers at 1-800-222-8477 or visit https://nanaimocrimestoppers.com/.
C

Limited Access could be due to a possible publication ban. SP's despite having to pursue such people in the legal system may still try and remain discreet through doing that. There was another case like this well over a decade ago for some loser who did some unspeakable things to his ex who was an SP.
E

lukom said:
Limited Access could be due to a possible publication ban. SP's despite having to pursue such people in the legal system may still try and remain discreet through doing that.
Click to expand...

Bingo. Crown is keeping this case quiet so that other victims can come forward. He's been active in Nanaimo, Victoria, and the Lower Mainland.
If any SPs would like to talk about this case or any similar to it, please reach out to me. We don't have to do anything about it, but sometimes just having an ear and a shoulder is nice.
You must log in or register to reply here.
Previous Next
Share:
Twitter Reddit WhatsApp Email Link
Top Bottom